Mrs. Buss was born in August September 12, 1894, a daughter of Henry and Sarah Hawkins Young. She attended Augusta schools. She was a member of the First Christian Church in Augusta. She was married to John H. Buss November 13, 1912, in Carthage. She was a resident of Quincy for 35 years.

She was preceeded in death by two sisters, Mrs. Lulu Crum and Mrs. Mamie Green; and three brothers, Sam, William and Walter Young.

Services are pending at the Daughtery-Cookson Memorial. 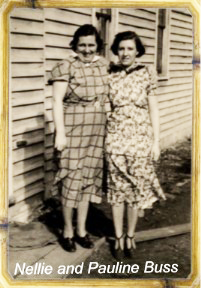 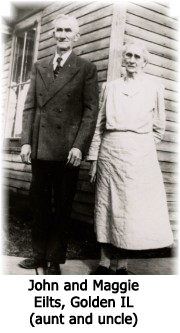 Thanks to Pauline Buss and Jan Brown.